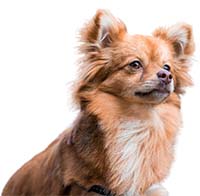 Pomchi is a hybrid dog breed as compared to other normal dogs. It’s a mix between Pomeranian and Chihuahua. Pomeranian is a toy breed named for the Pomerania region in northwest Poland and northeast Germany in Central Europe. Chihuahua is the smallest dog breed named for the Mexican state of Chihuahua. Pomchi Dog is a perfect mix of these two small dog breeds, which inherit all the best traits from them. People also call this breed by several other names, including the Pomahuahua, Chimeranian, Chi-Pom, and Pom-Chi. Currently, it’s one of the popular mixed dog breeds in the US, UK, and Canada. So, if you are looking for a small dog with a lot of spunk, Pomchi is the right breed for you.

The first known Pomchi Dog does not exist until the 1990s or early 2000s. During the 1990s to 2000s, designer breeders started crossing the Pomeranians and Chihuahua in North America. After that, many designer breeders start mixing the Pomeranian and Chihuahua with the increasing demand. They continued to produce the Pomchi dogs as the demand for the pup grew. 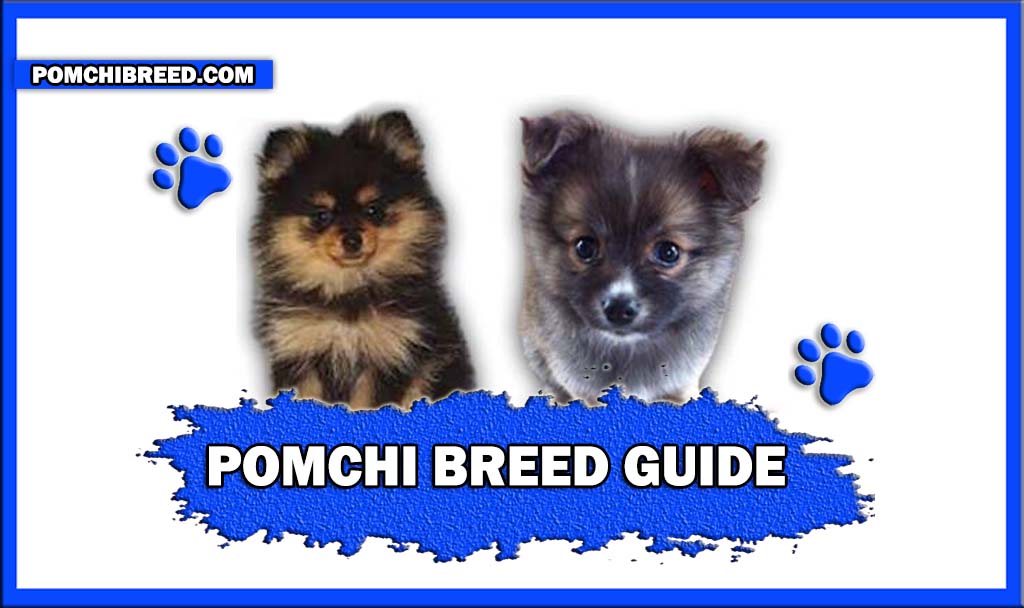 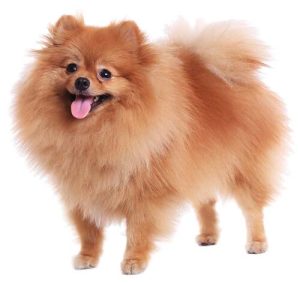 Pomeranians are descended from the large sled dog breeds and are known for their small size and foxy face. They are very active, compact, and capable of being a best family friend. Irrespective of their small size, they may challenge the larger dogs and bark a lot. They only weigh from three to seven pounds, the smallest member of the Spitz family, which includes the Alaskan Malamute, Samoyed, and Norwegian Elkhound. Their name comes from the province of Pomeranian, in Germany. Pomeranians are very cute, loyal, furry, and intelligent. Generally, they are good at learning new tricks and firm when training.

In general, Pomeranians are healthy. But they can face certain health issues. The common health problems of the Pomeranians include allergies, Epilepsy, Eye Problems, Hip Dysplasia, Patellar Luxation, and some dental problems. 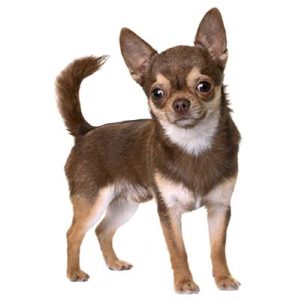 Chihuahuas are known for their small size, big personality, and variety of coat colors. They are fun-loving and busy dogs who love to be close to their people. They quickly make a strong bond with their owners and can become affectionate housemates. Their intelligence plays an important role in their fast learning. Their personality and unique style make them go-to-anywhere dogs. Generally, they are happy companions, but they need 20 to 30 minutes of exercise daily. Their weight is around 3 to 6 pounds.

Chihuahuas don’t have any major health problems. But some conditions can affect the Chihuahuas, which include Patella Luxation, Hypoglycemia, Heart Murmurs, Pulmonic Stenosis, Collapsed Trachea, Open Fontanel, and Shivering.

The Pomchi breed has a relatively small size depending upon the size of its parents. So, you can assume that your Pomchi will be a small dog. But there can be a few standards when it’s come to the Pomchis size. Some individuals can have 4 to 12 pounds weight with 6 to 10 inches height at the shoulder. Some can be smaller or larger. Generally, the males are slightly larger than the females. Sometimes breeders also cross the chihuahua with teacup Pomeranian to get the teacup Pomchis. These are even smaller than the regular Pomchis.

Pomchi coats vary in colors depending upon the coat of Pomeranian and Chihuahua. Their coat colors can be solid or mixed. The main coat color is sable and brown, but they can also be blue and tan, and black and tan. You can also find sable pomchis, black pomchis, white pomchis, and cream pomchis.

Pomchi usually has longer coats, making it one of the tough coats for allergy suffers. It’s a double coat, which makes it fluffy and adorable. But you must regularly groom Pomchis due to their thick coat thickness. You should brush it out at least once a week. Their longer and thick coat don’t mean that they can be left outside at high temperatures. Their small size doesn’t do well in extreme cold. They can handle some heat but not stand long in cold temperatures. 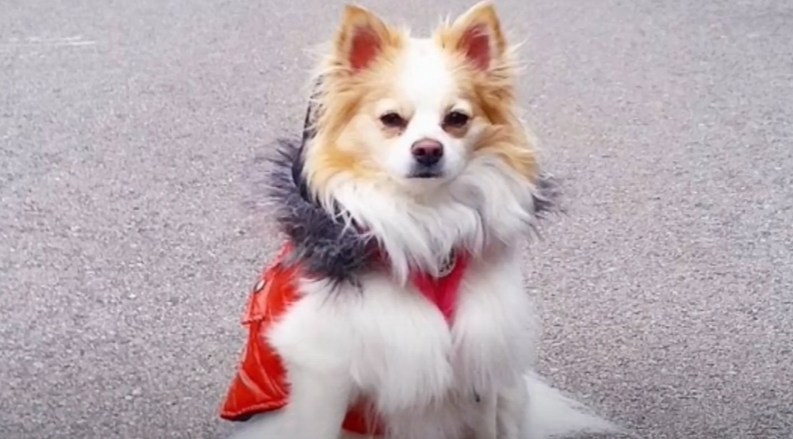 Pomchi dog is well known for their personality without their small size. They have lots of energy and spunk and can be the center of attention. Even they are favorites among people due to their cuddle sessions. But you have to ensure their early socialization and training. If doesn’t train properly, they can be aggressive and fearful around strangers and other pets. May you have to be patient while training Pomchis depending upon the environment and other factors.

Sometime Pomchis bark a lot, and let you know every time when someone is at your door. But you can train them at an early age to keep them quiet when some of your favorite people arrive at your home. In short, Pomchi is a best-suited dog breed for a single person or a couple.

The lifespan of a Pomchi dog is between 12 to 15 years. So, you can say that this little cutie will stay with you for a long time. But sometimes some health issues can be responsible for their early death. They can be prone to a few health problems. So, it’s important to maintain their good care and regular veterinary checkups. Some of the common health issues of the Pomchi dog include cataracts, progressive retinal atrophy, hypothyroidism, dental and gum disease, and epilepsy.

Regular veterinary check-ups are important for all dog breeds. So, you have to do the same with the Pomchi’s as well. It’s important to detect any serious health issues early. The vets can develop a good routine for your Pomchi, which will keep your dog healthy. They can be prone to weight gain just like their parents. But they don’t need the hard exercises like the larger breeds. Just ensure that your dog is getting at least half-hour to hour-long walk per day with few play sessions.

Check their dogs’ ears and nails regularly and make sure their ears are free from debris. Don’t let their nails too long; trim them at least once or twice a month. But your main concern will be their oral health. Brush their teeth daily. You can take a class from your veterinarian as he can instruct you to brush your dog’s teeth properly.

The regular grooming and brushing of the Pomchi breed is important. You should brush their coat at least twice a week. But if you have to maintain a long-haired coat of your Pomchi, it needs more care to prevent the dead hair/skin and keep their coat soft and shiny.

Pomchis shed seasonally and only shed twice a year for the new hairs in spring and fall. So, these are not suitable for people having dander allergies. You can take your Pomchi to the groomer at least twice a month for trimming. It’s important to keep them free from mats and make sure their coat is super healthy. Read out about cute Pomchis haircuts to get some idea.

It’s important to take care of the feeding of the Pomchi breed to prevent them from unexpected health issues. These are highly energetic and need a diet which is specially formulated for energetic dog breeds. But don’t overfeed them as they have the tendency to gain weight. Make a proper feeding schedule, and don’t leave the food for the whole day. Also, limit the number of treats you are giving to your dog.

Just like the other dog breeds, the Pomchi’s dietary needs changes with time, from their childhood to adulthood. You also have to take their special care during their senior years, just like their early age. You can also consult with your veterinarian, who can recommend you the best food for your Pomchi. He can perfectly recommend you the best diet for your Pomchi as it can vary from individual to individual depending upon their weight, energy, and health.

Pomchis enjoy being around adults and older kids. But the excitable children can easily injure the Pomchis due to their small size. Make sure that the children are playing gently with them with approaching them in a calm manner. So, children who know how to properly approach and play with small dogs, can be make their great companion.

Pros and Cons of Owning a Pomchi

How to Train a Pomchi? 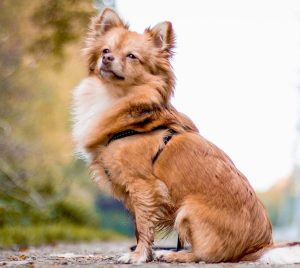 It can be a difficult task to train the Pomchis. They have a reputation for being difficult to train. But it’s not due to their lack of intelligence. It depends upon their mood. When they want to learn, they can pick things quickly. The best way to train the Pomchi is positive reinforcement. So, reward them when they show the desired behavior. But they are fussy eaters, so sometimes it can be hard to find the treats that they are really interested in. Positive reinforcement is the best way to keep them focused during the training time.

Makes sure to socialize with them during their early age. Introduce them to other pets and a lot of people. Don’t punish them if they get loud and aggressive with the new people. It’s not a good way to train them. Instead, you should reward them when they are not barking after seeing a stranger. Don’t let them alone with the other pets and dogs, especially when they are exposed to them for the first time.

How Much can a Pomchi Puppy Cost?

There is a huge difference in pomchi puppies cost. They can cost you between $350 to $1200. You can generally expect a Pomchi puppy for around $900. Their price depends upon various factors, which include their colors and markings. You have to find a reputable breeder before purchasing a Pomchi puppy. Must ensure that their dogs are health checked.

Is a Pomchi the Right Breed for You?

Pomchi is the right breed for people who are looking for a small size, lovely, devoted, and energetic dog breed. It’s best for you if you are living in an apartment and looking for a canine that can live with you for at least a decade. If you are retired from your work and have a lot of time to spend with your dog, Pomchi puppy is right for you. These are also excellent watchdogs.

Which one is Best, Male or Female Pomchi?

It depends upon you, which one you want. Both male and female Pomchis are good according to their features and characters. Just like the other dog breeds, generally, the females are slightly smaller than the males. When we talk about energy level, the males are a little more energetic than the females. That’s why the males are also friendly and socialize as compared to females.

Pomchi breed is a perfect mix of Chihuahua and Pomeranian. It’s good for families who don’t have small children at home. The following points help you to decide better.

So, if you have enough time to spend with your lovely Pomchi dog, you can own it. It’s found that they can become lovely friends of humans.